Posted on November 6, 2015 by johnrobinrt@gmail.com 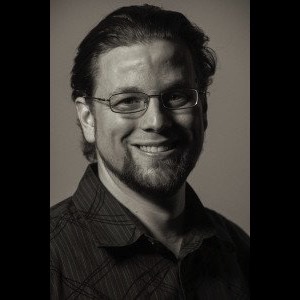 Jodhan Ford is a devout follower of Messiah Yeshua. He is a husband of one, a father to five, an author of numerous unpublished works, an amateur Historian and Theologian. Jodhan is a Canadian with literary asylum in the United States. He studied creative writing at Concordia University. He owes his love of books to his mother, who kept reading book after book after book to him until she read the Hobbit; after that she gave up reading and handed over the fellowship of the Ring at age ten and told her son to read for himself. Jodhan is an avid reader, gamer and Seahawks fan. His current where-a-bouts are undisclosed due to the Writer’s Protection Program?

I like to micromanage. World building — for me at least — is all about the micromanaging. Writing is like playing G-d and G-d is the number one micromanager and author thereof. I enjoy the nitty details of people, places, flora and fauna. World building is like building a cool sandcastle, wet sand, grit in your finger nails, water and imagination… not to mention patience and time are a part of the bargain.

The name! Everything hangs on the name, at least for me it does. The name gives it shape and depth and has to feel right in the mouth when it’s said. The name paints a shadow, and the shadow is vague unformed and tantalizes my imagination. From there other names will be added, changed or simply grow organically from the creation process. Say for example (from my own novel) with world building: I started with Germany, but I am writing way on the past, early 300 BC to 100 AD era. So I changed the name from Germany to Germania (from the Roman tag). Next I want to make this Germania mythological, but also fantasy; so I changed the name to Midgar which is what earth was called by the Asgardian gods. But since my world is populated by different Pantheons I just shrunk Midgar down to the land of my choice. That is just one example of how I built my world.

Do you have a technique for keeping track of world building as you go? How do you ensure your material is easily retrievable and easy to modify?

I find real life counterparts to build from. I also don’t make it all shiny (unless that’s what I’m going for). One of the things I learned from the behind the scenes when they made the Lord of the Rings movies was that all of the weapons, armour and equipment was made to look used and worn. When I write I want the reader to feel the grit the grime and the sweat of the experience, not just the sweet and the coolness.

How do you deal with contradictions in your story that require large changes to your world? Have you run into this kind of difficult situation and if so how did you resolve it?

I deal with “overhaul” the way I deal with all my editing/revising. I let it sit for a day or so before I consider tackling it. It also would depend where in the process I am. If I am in the ending process then I will finish to the end before going back. I prefer to move forward and leave notes behind me instead of getting bogged down in tedium and likely never ending fixer uppers.

I use actual mythology. I dig down and get on street level. I want my reader to feel the wind, smell sea salt, and hear the heartbeat of the people living and breathing in my world. I look to real life for the down to earth day to day minutia of life, talking to people and getting their realness also helps flesh out people. World events, politics, day to day life helps draw the visceral feel of what I want to put down in my words. I enjoy getting to know the characters, the true to life events and the dirty on my hands.

What tips do you have for aspiring fantasy writers on how to create a solid, believable world?

Read a lot. Look at history, watch it on TV, and look to the news. Get out in the world and people watch. Also, if you want to be a writer, interview some of your friends and acquaintances; find out what makes them tick; ask hard question and get real answers.

Be sure to check out Jodhan’s fantasy novel, Kingslayer:

Prince Crafræl of Atlantis may have to sacrifice all he has left in a desperate gambit to kill his diabolical father the warrior king. Jeopardizing his soul in service to the goddess Mytheras he stands trial before the dread inquisition…

And here is a brief excerpt:

The prisoner longed for oblivion but sleep eluded him. Pain lanced through his cramped muscles, making him groan.

Lost in disjointed thoughts, Crafræl couldn’t focus on a single one; his head was so cluttered. Like ants devouring their feast, they ran over each other.

Despair weighed him down like a mill stone. In the oppressive silence of his solitude, he grabbed at the walls of his failing sanity. He found no purchase. Mould and grit, the barnacles of his life’s choices, slipped through his fingers. A hoarse gasp escaped his lips, a fury uttered by a throat too parched to voice it. His fists pounded on the bars that held him. Not having the strength to continue pounding, Crafræl slumped exhausted in a rusted cage hanging from a long, corroded chain deep in a subterranean oubliette. His prison cell was a large coffin-like cage made of bars and some wood, kept level by four chains attached to each corner joined to the main rusty chain. Around him in the massive cavern, were other unfortunates like himself—forgotten. He shivered and hunching his shoulders, drew his threadbare clothing tighter and prayed for warmth. It was barely discernible that he wore the scabrous remains of what was a captain’s uniform.

Beneath the home of his youth, the city-state of Atlantis—he waited.

The wheels of the Inquisition turn in tedium and they turn to their own benefit. The wait before his trial was long and onerous, considering the havoc he wrought.

You can connect with Jodhan in the following ways: