Posted on November 4, 2015 by johnrobinrt@gmail.com 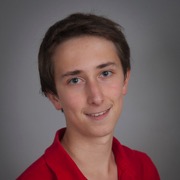 Matthew Kaye is nineteen-year old author currently studying Economics at Pembroke College, Cambridge. He has written three full-length novels, with the most recent, The Hellfire Rebellion, available on Amazon and Lulu. His writing style favours action and plot, tending towards historical fantasy.

World building is great. It’s a great ‘what-if?’ opportunity, where you can construct literally whatever reality you want and throw your protagonist into the centre of it. Take Patrick Ness, and the Chaos Walking series, where humans have colonised a new planet where men’s thoughts can be heard by everyone. Or Terry Pratchett, who writes about a world supported on the back of a giant turtle. Personally, I love plucking my favourite parts from history and melding them together into a story. The Hellfire Rebellion, for example, is strongly influenced both by the Byzantines and their Greek Fire, as well as the 1984 UK miners’ strike. Between writing a sequel, I’ve done some planning on a story where magic has been outlawed in a country modelled on the Icelandic Commonwealth (of around 930 to 1262 AD). It’s a wonderful exercise in creativity, and incredibly liberating when you realise how few constraints there really are to what you can do. 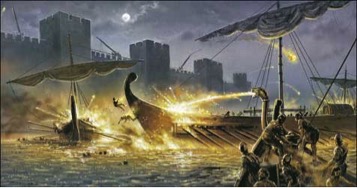 Have you learned tips on world building from other authors in your genre? If so, what are they?

One of the most important influences for me was probably A Song of Ice and Fire. Although fantasy, there is a distinct realism to the characters and their actions which is wonderful to see. It had long been a frustration of mine beforehand that a lot of fantasy novels focused too much on simplistic good vs evil narratives, and relied on their good intentions to win a war rather than actual planning and strategy. I also recall George RR Martin once questioning what Aragorn’s tax policy would have been in The Lord of the Rings, challenging the idea that a good person can easily be a good king. The main lesson I took from him was that fantasy could still be realistic, and that is something I have certainly tried to emulate.

Describe your world building method. Do you have forms that you fill in? How do you organize your notes? Do you use a wiki or some other software?

If only I were that organized! I primarily use notebooks, working off a rough idea of where I wrote things as I went along. With The Hellfire Rebellion I began by deciding the setting, and drawing a basic map, noting down the key ideas I liked and wished to include, either from outside influences or my own brainstorming. Following that I worked out a basic idea of the ruling system, and the key characters, and motivations of the miners (which would drive the entire story). After laying out the setting and some details of the world, I made character pages, detailing appearance, personality, motivations, back story, and everything I considered relevant to them. After setting all of this up with a basic history of my world plotted out, I worked out how best to introduce my characters and kick off the story. I tried to keep an overarching idea of the plot, but when it came to detailed chapter plans, too often I found that my characters seemed to have their own ideas when I got to them and ended up doing something entirely different! One thing I would recommend for any writer is to keep a notebook to hand as often as possible, just for when you notice something, either a concept, a scene on television, a character in a book, which really grips you and intrigues you, so that you can note it down and work out whether there’s something in that idea which you can use. If you steal from one author, it’s plagiarism. If you steal from many, it’s research!

It’s important to always remain consistent. Establish whatever rules you like at the beginning of a story, but as the reader progresses they should have in their minds an idea of what the world is like and what the rough ‘rules’ of it are. Breaking these rules by, for example, introducing a new kind of magic or species for the purposes of concluding the story could be quite jarring if the groundwork has not been appropriately laid earlier on. Be aware of what kind of world you’re presenting early on and stick with it. Obviously as the story evolves, politics and geography may change, but it needs to still feel like the same world, regardless of the new and exciting things happening within it.

I believe that it’s important to make sure that a story remains character-focused, and that so long as the actions of the characters remain believable in the setting, then there will be that sense of realism. It’s easy to make a consistent and intricately detailed fictional world which nobody immerses themselves in or associates with because of poor writing of the people in it. For this reason I am careful not to get caught up with fantastical creatures simply for the sake of having dragons, as having never met a dragon myself, it’s hard to say how I or my character might react to one, while I have a much better idea when it comes to people. With The Hellfire Rebellion, I went as far as to exclude magic from the world entirely, as it focuses more on the people, and I felt magic would have distracted more than helped. Human interaction and emotion is what people will recognise and associate with, and if your world is populated with multifaceted characters, with traits which we can recognise in ourselves and others, then their behaviour within the world should be what makes it tangible and believable. The author and reader must be able to live inside the characters and the world, where they can see themselves making those same decisions, in that situation, as that character. Even if that decision is to charge into battle against an army of orcs, waving a flaming sword above your head.

Be sure to check out Matthew’s historical fantasy novel, The Hellfire Rebellion:

“That pay is rightfully ours,” insisted the miner. “Punishing me won’t change that.”
“You do realise I have a seat on the King’s council? I could have you hanged. Consider this a mercy.”
The man stepped back, nodding to the whip-bearer.
“Strike.”

Amid civil unrest and tenuous treaties with their former enemies, the Kingdom is shaken by an attack on the King’s life, with suspicions cast on those within his own court. While a group of miners fight for their rights, the capital plays host to a rival ruler offering a marriage alliance, and the Kings’ children vie for superiority in a tournament. It soon becomes clear that the danger stretches not only to the royal family, but the stability of the entire Kingdom.

And check out this great review of The Hellfire Rebellion:

“Brilliant read and would highly recommend. Every chapter contains thrilling new developments which, combined with Kaye’s ability to bring his characters alive and make them relatable, makes for a read that’s very hard to put down. Intricate and well-woven plot with a lot going on that the reader doesn’t get to see until it all begins to unravel in the book’s finale, when the main characters’ stories come together.”

The Hellfire Rebellion is also available on Amazon and Lulu.

You can connect with Matthew in the following ways: