One Guide to Creating a World

As good as a plot may be, if it takes place in simple world or the world offers nothing new or unique, the story as whole is lacking. This is probably because for the past hundred years we have been treated to the most amazing worlds ever created. Whether it be medieval fantasy, an alternate dystopian time or a science-fiction future, each genre has its staples and the readers expect certain aspects to be part of the world. World-building itself has become an art, and is an integral part to the story. So much so that many writers find building their worlds much more fun than writing the stories that occur in them. What follows is one process to help you guide constructing your own worlds.

Personally, it all begins with the genre of the story. Each genre has expectations as to what will be in the world. Medieval knights do not protect skyscrapers, much as the same as terrace houses aren’t built on Mars. When creating a city you have complete license as to what can be built, so why limit yourself to what has already been? Take inspiration from what there is and run with it. So with these expectations the writer has a basic outline of their world already, thanks to all the stories that have come before.  It is therefore their duty to put their own spin on the genre, as unique as their story will be, so must their world.

Following the basic outline, comes creating the bases for the different factions in your world. Now there are many clichés for fantasy, dwarves live underground, elves in the forest and etc. There is nothing wrong with having dwarves live underground, but don’t expect people to get excited reading about something that they have read many times before. Therefore you must give your dwarves something unique that separates them from what has been written already.

Plan where the heroes will live, where the bad guys will rule, where those neutral species may reside. Doing this will give you a sense of space, how big your world is going to be. You can’t expect to have warring tribes within a stone’s throw of one another without there always being conflict. If you want breaks between battles, create physical space between the bases. Crossing the space for a battle will build anticipation. No one gets hyped for a quarrel with your neighbor down the hall. But getting in your car and driving three hours for a fight, creates excitement.

After this, it is a good time to place any special landmarks on the map you have in mind. If you have a scene that you have planned that requires a special landmark, you’ll need to place that in your world somewhere. Darth Vader needed to suffer burns in order to become the cyborg sith lord, so George created a lava planet and had the climatic fight there. Makes sense. If you want there to be a sea-battle in your story, you best place a sea, and therefore you’ll need ports as well to launch the boats. Slowly, bit-by-bit, your world takes shape.

Now you’ve probably reached the point where you have drawn a basic map and have a very good idea about your world. I myself am no map-maker. If you want to see excellent maps, look no further than the other posts this month. Other great creators of maps are, of course, J.R.R Tolkien, G.R.R Martin and D.M Cornish in his Monster Blood Tattoo books.

Lastly comes the part where you tweak your map to reflect your story, or give it more substance. Rowling is a great example of giving more to the natural landmarks with the dark forest in the Hogwarts’ grounds. Nothing ever good happened in the dark forest. She always referred to it as the “dark forest”, so much so that it practically become another character. Whenever people entered the dark forest, something bad would happen, and the readers knew that.

This can work both ways, by having both “good” and “bad” places in your world. You know if the heroes reach a certain place, maybe a secret base they’ll be safe, because only good things have happened there. Using these places to turn them into more than landmarks adds depth to your world as well as investing the reader’s interest in the world itself along with the characters. Additionally, ways to shock the reader are to break that rule. Tragic deaths occurring in childhood homes and such are all the more traumatizing, because we as readers expect their home to be a safe place.

Lastly your worlds can be strongly influenced by the characters that populate it. As much as the world shapes your characters, and a bleak landscape breeds tough people, there are ways in which this can be flipped. A sorcerer that turns an ocean evil or a species of frost aliens turning a planet icy makes the world more and more different. That is the purpose of world building: to ensure that the stages your characters perform on are as diverse and interesting as they are. 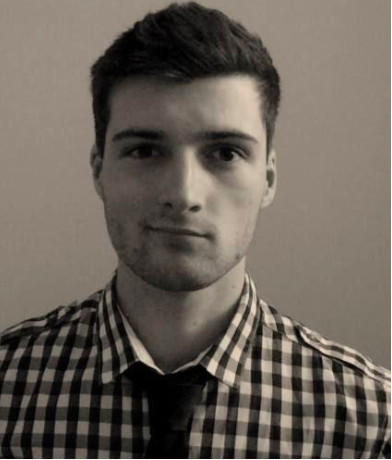 A.R Patterson is a young Melbourne writer from Australia. During his school years he had always written and becoming a published author had always been a dream of his. At the moment he is funding his book Annabelle’s Dream and Other Stories on Inkshares. https://www.inkshares.com/books/annabelle-s-dream

2 Responses to One Guide to Creating a World