Today I have the pleasure of welcoming back a regular contributor to the EFW gang, Sean F. Gallagher. Sean is going to pick up the topic of adding horror elements to your fantasy story that Rayne Hall kicked off at the end of the last month. His debut novel Mysts of Mythos, in its final draft stage, spent some time with Inkshares but is now being developed independently. Check out his other contributions to EFW by clicking on his name above.

(images borrowed and not my own)

Horror has always been a mixed bag for me. I never liked any of the 80’s slasher flicks growing up. The horror trio of Jason, Freddy, and Michael never really scared me and I always saw them as gratuitous blood and boobs for no apparent reason. You would think that boobs would have been enough to drag me along considering I was a teenager at the time, but even then I wanted more out of a story than mere titillation. I didn’t mind being scared, I was just not impressed, or scared, by pop-outs and gore. I know, people always tell me that the Nightmare movies were also funny, but I never got the humor in the first one so I never checked out any of the rest.

Interestingly enough I read quite a bit of horror at that age. Of course I was introduced to the classics while in school. Mary Shelly’s Frankenstein was absurdly different from the movies but fun even though the prose was very sophisticated. Bram Stoker’s Dracula by contrast seemed very close to the movies.From there I went a different direction. My father had introduced me to Conan when I was around twelve or thirteen. Robert E. Howard (Bibliography), the creator of Conan, was an avid writer of letters. One of the  men he regularly corresponded with was H.P. Lovecraft, the author of The Call of Cthulhu. After discovering Lovecraft (Bibliography) I devoured anything of his that I could find, alongside the wonderful Conan stories. I loved the creepy descriptions, the unearthly creatures, the way he wrote many of the stories as if they were correspondence or diary of a real person. That realness lent his tales an extra level of scariness for me which made them that much more attractive. What scared me was getting into my head and making me imagine terrifying things. 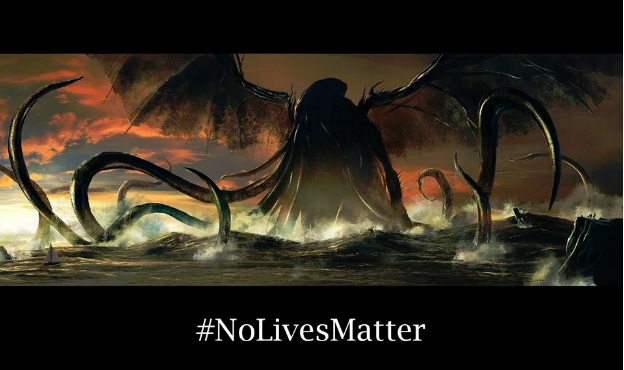 I stayed away from Stephen King for a long time. Because I didn’t see myself as a ‘Horror’ guy I wasn’t initially attracted to his work. Then when his stories started getting adapted to the screen I was really uninterested. The trailer for ‘Carrie’ alone made me think it was nothing but blood and gore. I will admit to being a bit of a snap-judger when I was that age. Later on I found some friends I trusted who insisted that I give him a chance. It was his short stories that grabbed me. Stories like “The Mangler” and “The Lawnmower Man” got my attention. They were creepy and weird but not gross for no cause. The movie ‘adaptation’, if you can call it that, of “The Lawnmower Man” really confused me. Possibly the largest divergence from original material from any source material that has ever been adapted.

One Horror novel I really liked was Robert McCammon’s Swan Song (https://en.wikipedia.org/wiki/Swan_Song_(McCammon_novel)). I don’t even remember why I got my hands on it at the time, but I read it way back in 1988, not long after it was first published. It was a post-apocalyptic story about evolution of humanity after a nuclear war. I was a huge comic book nerd so when people developed super powers in the story I really got interested. If you haven’t read it, and are looking for something new, I would say it’s worth your time and should be easy to find cheap. 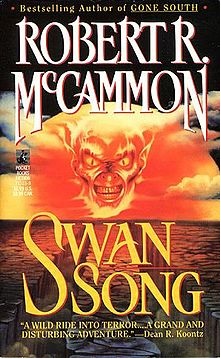 Interview With a Vampire was huge of course. Rice had a very interesting and original take on vampires. The setting was cool. I liked the historical aspects of it quite a bit. Claudia’s story was so tragic and terrible. I couldn’t understand why everyone seemed to love Lestat and hated Louis. It was the beginning of the vampire craze of the late 80’s early 90’s, especially amplified by the wonderful Role Playing Game by White Wolf, Vampire: The Masquerade. It was when the game came out that I started to make a mental connection between horror and fantasy since I already played Dungeons and Dragons and other RPG’s like it. It caused me to reflect back on some of the Conan stories that I had read years before, and how Howard had written a number of stories with Horror elements in them. 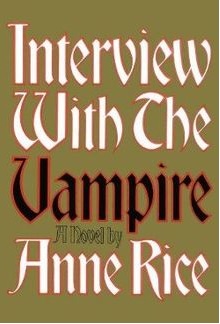 That is what adding elements of horror to your fantasy novel can do for you. The fear heightens the stakes. Making your reader worried about whether their favorite character might be eaten, or worse, gives them a reason to keep turning the pages. I wrote the following pieces last year as part of my initial campaign on Inkshares. Both have definite elements of horror, but I didn’t even plan it in that way initially, this was just the stories that came from images I created using some figurines and Photoshop effects. 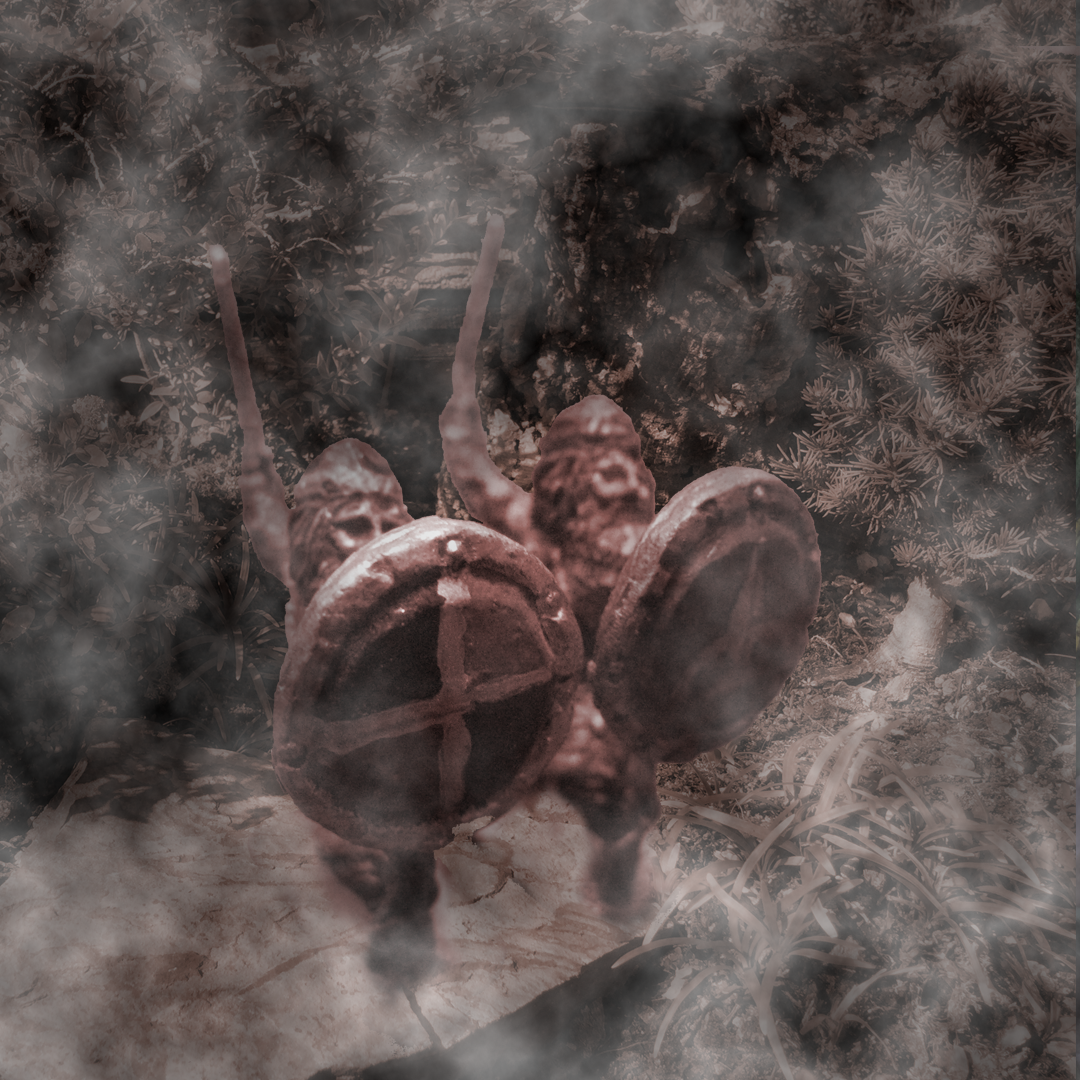 “Go! Go now!” Cyneric pleaded with his wife. “They will be here soon. You must go now!”

“Come with us,” Mildgyd begged. She clutched their son, Eadric, in her arms. The little boy remained silent but his face was wrought with confusion. “Just run with us.”

“They are too fast,” he replied. “They would catch us all. I must hold them back, and my brother with me.”

He reached out to place a hand on Cyneweard’s shoulder who stood nearby.

“We will give you the time to get to the burh, but you must go, now.”

He took her by the chin, leaned in, and kissed her roughly upon the lips. His cheeks trembled and his eyes glittered when he stood back. Finally he turned and walked away from her, Cyneweard following close behind. He did not let himself hear her sob, or watch as she hurried off into the misty night. The cries of the red hatted marauders could be heard getting closer, louder.

“I always knew you would be the death of me,” Cyneweard muttered. He gave a heavy sigh then raised his voice “Come brother, let us meet them.” 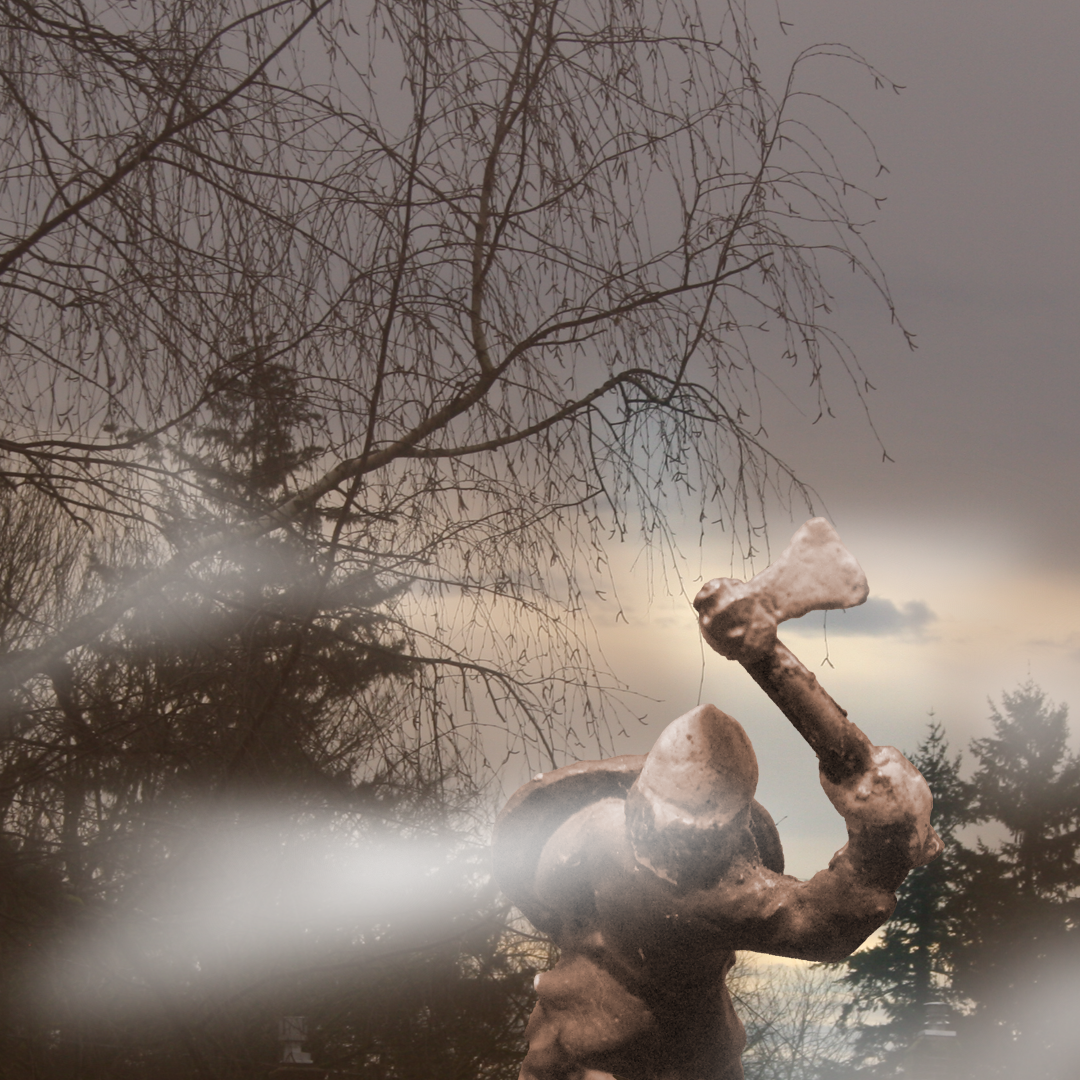 “Who’s out there?” Leofketil shouted into the mists. “Show yourself or leave my land!”

He still held his spear with his shield hand, but he felt more comfortable facing whatever had made those noises in this strange mist with his axe. The heavy weight of it allayed his fears better.

His eyes twitched side to side, nostrils flared wide as he sniffed the air. Heart hammered in his chest, but he would not show his fear.

“Waaaaaggh!” he shouted into the night, raising his axe and shield. 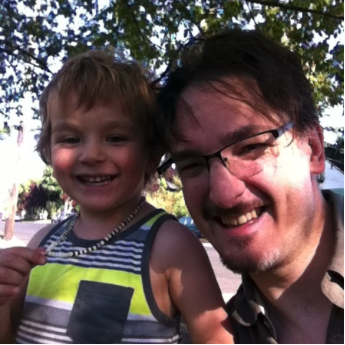 Sean Gallagher is the author of the upcoming novel, Mysts of Mythos, first book in a new series of historical fantasy. Raised in Syracuse, NY he moved to Oregon while still in high school and currently resides in Portland with his wife, Monica, and son, Rune. The Gallaghers are also the proud human friends of Blanca the dog and Thor the cat.

One Response to Crazy for Cthulhu – Kant stand Kreuger