Today, author Melissa Berg returns to talk about the two main types of fight scenes: Sword fights and epic battles. Want to know how to make your fights exciting and fun to read? Read on to find out her easy formula for creating clear and fun tension-filled action scenes. To read more by Melissa Berg, go HERE.

Who doesn’t love an action movie? The rush of excitement as soon as the wide angle shot of a tension-laden stand off begins. The music fades before it crescendos, the percussion intensifies, and the fists start flying or the guns start blazing; people run for cover and chaos ensues. Lots of destruction and explosions, amazing feats of gymnast-like grace, and fast moving spins, swipes, and throws. It is the moment everything else has led up to, the epic grand finale. And each year the creators of these movies try to outdo themselves. The stunts get more daring, pushing the threshold and blurring the line between what’s possible and impossible. Thanks to computer graphics, the line may be gone altogether. After all, this is why every super hero ever created has their own movie, because anything you can dream up can now be made real.

As writers, we are creators too, so how do we bring that extra punch (pun intended) into our writing? This is a challenge for many of us. We don’t have the music, the choreography, the stunt coordinator, the stunt man who is a martial arts expert, or even a green screen with motion capture. We don’t have an Andy Serkis. We also don’t have a Matt Damon, a Tom Cruise, or a Henry Cavill (as much as we might like to). It all falls on the writer’s shoulders. In fact, even the writers of these epic eye candy via cirque du soleil meets high noon face offs avoid writing what actually happens. The script often says only two words: ‘They fight’. It is up to the aforementioned team of experts to decide what ‘they fight’ will look like in the finished film. Instead we have to be all of these things. We are the writer, the stunt coordinator, the set designer, the choreographer, the weapons expert, the martial artist, the cinematographer, and even the editor. Phew… That’s a lot for just one scene. It’s no wonder many writers try to avoid it, or make it too simplistic, or worse, try to describe every move and detail as though it were an IKEA instruction booklet. But guess what, it’s not as tiring as all that, or as sweat inducing. And if you turn your screws right, your new bookshelf, with a name you can’t pronounce, won’t fall apart as soon as you put your finished book on top of it.

There are two main types of fight scenes: A skirmish between a small group, say one or two against one or a handful, and your epic battle of hundreds, including cavalry, archers, infantry, etc. Here is my list of tips for writing sword fights, and how you can use these same ideas for large scale battles.

Sword fights—Not just a battle of wits… “To the Death? I accept!”

It’s not so inconceivable as you might think. Yes, I did stare at my computer screen for several minutes before I started writing my very first fight scene. But after writing and rewriting, and finally finding the right formula, I realized I loved writing fight scenes (sex scenes, too, but that’s for another article). In fact, I wish I could have a fight in every scene, but then it would just be a written version of the movie 300.

Not much story there…

Below are the 6 main parts to my formula:

The epic battle—“Theodin King stands alone.” “Not alone…” (Man, I love that part…)

The battle between armies has its own subtle differences, but in a way, it is also very similar to the smaller sword fight. The area covered and the players involved are just on a much grander scale. And, just like before, you don’t need to be an expert in battle planning and strategy. Who knows, maybe your characters aren’t either. Unless your soldiers are a collective like the Borg, you only need to be present in the point of view of your main character. What does he or she experience in this battle? Are they one of the strategists? Do they know the plan or are they just following orders and have one job to do? If you have the answers to these questions, this will narrow or widen the scope of the entire scene. In the first two books of my Shifting Balance series, two epic battles happen, and they are written in the point of view of the character who is central to the planning and leading of an army made up of farmers and tradesmen. He is a blacksmith with some basic experience and knowledge of the tactics the enemy had used in the past, so this is all he has to make a plan. It all hinges on one thing: The plan he puts together before the battle even starts–“I love it when a plan comes together.” Dah-da da dah-h-h, da da da-h… (Hey… I’m a child of the 80s… just be thankful I didn’t try to phonetically type out the Knight Rider theme…)

Use the same steps as above. Music is wonderful to visualize and choreograph the ‘dance of death’. But this time you can’t be as vague. You need to see the whole picture like chess pieces moving on a board. It’s a game, and depending on the environment and the skill sets involved, the what, where, and how, needs to be established. What tools are available? Infantry, cavalry, archers? Are there buildings, cliffs, or caves to hide in, lure between, or use for ambush? Where will the enemy be located? Where does your protagonist army need them to be in order to win? What do they have to do to gain an upper hand, especially if numbers are against them? Flanking is a good overall blocking technique; surrounding the enemy in an attempt to trap them. Hound them like… uh… hounds. Use surprises and bluffs. Make the enemy think your freedom fighters are weaker than they are. Use a bit of psychology. When has pure arrogance ever won a war? In the end it often boils down to desperation and luck. Sometimes a well thought out plan is blown to bits because the enemy does the same thing, or is a better strategist and knows how his opponent will think. Look at history as a model, or even movies. Braveheart has some great large scale battles to draw from. The tools they use vary; from using painted faces to evoke ferocity and fear, to using what’s under their kilts to taunt, insult, and anger. As for using cavalry, that scene is also one of my favorites, and was a huge inspiration to the large scale battle in my first book.

Nothing evokes strength, power, and tension more than several horses running in slow-motion. Again, I use the fast and slow-mo pacing in my sentence structure. In the moment before collision, a main character will be aware of everything around them, the sounds, the smells, the fear. His mind might be swirling with moments from his life and those he loves; those he may never see again.

The horror of war is always there, but in the heat of the moment it falls back, while images and sounds inundate from all around, surrounding and overwhelming. Focus will shift quickly as the instinct to survive is all that drives a character to act and react, one second after another. And, just like the camera, you can pull away once in a while and note what is happening elsewhere, or what the main character is hoping is happening elsewhere. What if part of the plan is unraveling somewhere else, yet he has no idea? What will happen then? Plan it all out on paper, draw diagrams in the sand, focus on small areas of the battle, then pan away to the overall, before dropping back into the fray. The reader will be in the mind of the main character while getting a good overall view of the whole event.

One more aspect of the epic battle I will add: The motivational pep talk/speech before it all happens. How does the leader inspire the troops? Of course, Braveheart is always the first that comes to mind, and unfortunately, has ruined the use of calling out ‘Freedom!’ for the rest of us. The leader of the uprising in my story tends to have a certain ability for talking to and inspiring a crowd. After all, this is usually how one ends up with the job in the first place; they have a bit of charisma. Think of the great orators of our time. Whether you agree with what they are saying or not, there is something they all have in common. Their speech has a certain rhythm to it. Again… there’s that pacing. It tends to be a bit poetic yet relatable to those listening. It needs to spell out exactly what they are fighting for and why. It needs to insure that they have the ability to win, and must inspire courage and even anger. The speaker will need to connect to everyone, with both eye contact and something that holds meaning. A fire needs to be kindled. It is this fire that will set them apart from their enemy. Especially if that enemy is mostly paid soldiers doing a duty or a job. They may have anger or hate in their hearts, but they don’t necessarily have a good cause.

Think about all of these things as you plan out your attack. Use music to dream it, and movies to help you see it more clearly. As a fun exercise, write out your favorite fight scene from a movie. How would you describe the action to someone else so they can picture it and still know what is happening even if they can’t watch it?

Want to see some examples? I’ve created a small collection of action scenes from my first two books. You can read them HERE.

Here endeth the lesson… and, So say we all! 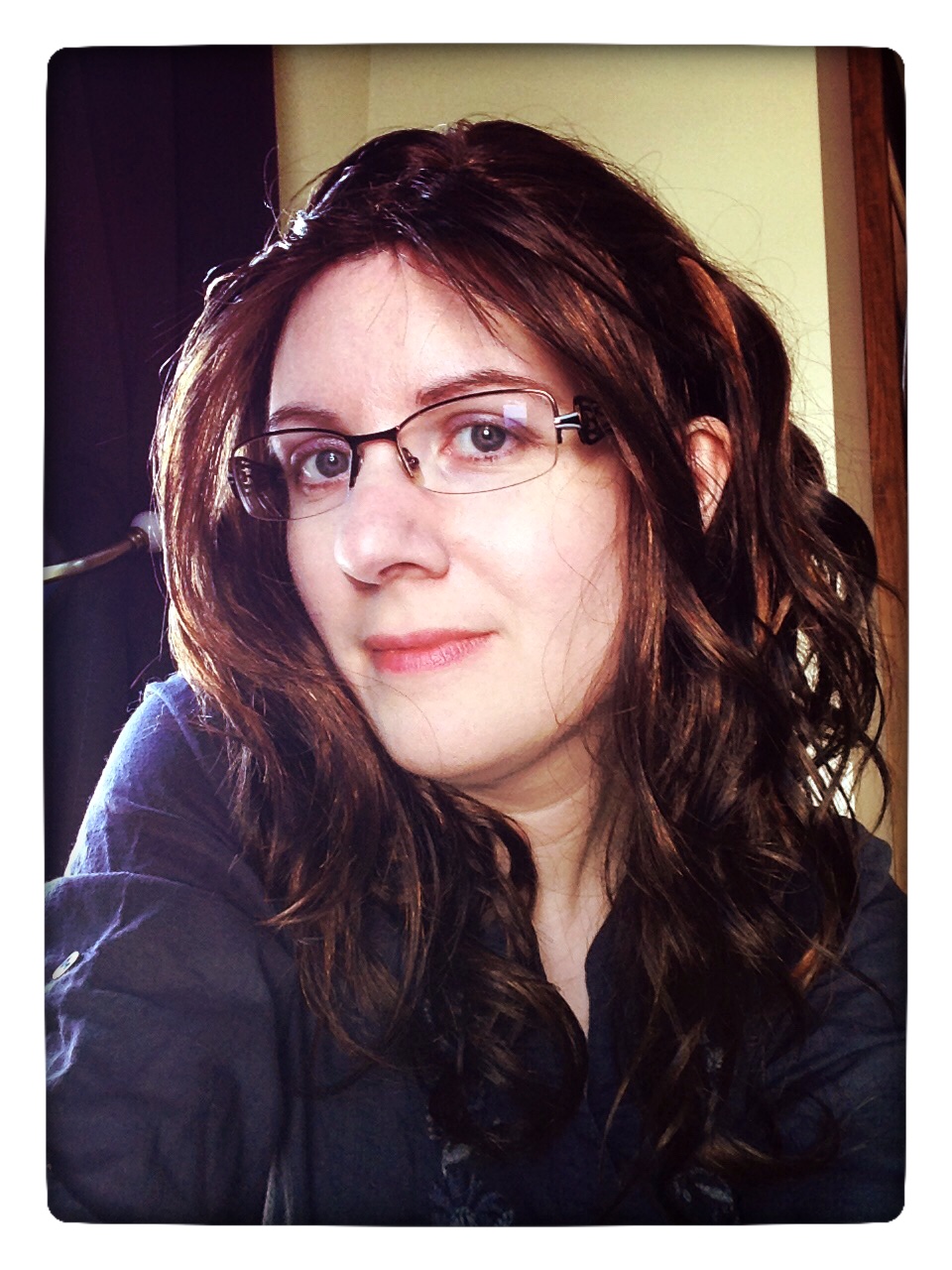 Melissa Berg is the author of the Shifting Balance Series, which has been her passion for the past ten years. She also works as an illustrator and studied art and design at Madison Area Technical College in Madison, Wisconsin. When she isn’t writing or painting or entertaining her son, she is pursuing the art of 3D computer illustration/animation, as a side project and to feed her fascination in the ever-expanding medium used for storytelling. She currently lives in Minnesota with her husband, young son, and a crazy Border Collie.