Posted on October 21, 2015 by johnrobinrt@gmail.com

My guest today is Ricardo Henriquez, author of The Catcher’s Trap, currently funding on Inkshares. 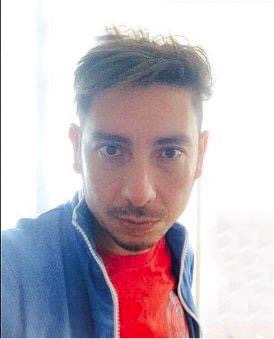 Ricardo Henriquez was born in Tocopilla, a small fishing in mining town in the north of Chile. At age 17 he moved to Antofagasta, where he attended Universidad Católica del Norte, from which he graduated with a degree in journalism

After working for 6 years as a political journalist posted in La Moneda (Chilean equivalent to the White House), he decided to immigrate to the United States; looking for adventure and a less hostile environment for LGBT people.

Ricardo arrived to the U.S. in October, 2001. For many years, writing took a backseat as he struggled finding his way as an immigrant in the post 9/11 world.

In 2006 he went back to school where he graduated with a Master Degree in Nonprofit Management. His work as an activist, community organizer, and now senior manager with United Way resulted in recently being recognized as one of the top Latino leaders in the State of Connecticut by the Progreso Latino Fund.

Currently, he works at United Way of Central and Northeastern Connecticut, overseeing Financial Stability programs and strategies in the capitol region.

The idea of creating worlds always fascinated me. When I start writing a new story I can close my eyes and picture the mountains rising as I write their name for the first time; I can see in my head the flowers and the desserts I am about to describe. That sense of unlimited possibility is exciting and inspiring.

I believe that world, character and plot are so entangled that it’s impossible to create a good story without giving the same amount of attention to these three elements. The world where the story takes place has to feel to the reader like a central character; if the heroes and the plot can be transplanted from an enchanted forest to a futuristic wasteland without much problem, then the world is nothing but a prop. That, for me, is a problem.

I start by deciding what the first impression this world would give is. If I was dropped in the middle of this world, what would be my first reaction? Would I be frightened? Amazed by its beauty? Confused by its oddity?

Even though this first impression doesn’t determine the true essence of the world, it is important for me to know what feelings the landscape inspires.

Once I have decided what the aura of the place is, I let the details unfold as I write. Of course every object, every form and every creature is framed by the overall vibe of the world.

For example, in the case of The Catcher’s Trap, the nightmarish world where it takes place is a metaphor for depression. So I knew it had to feel oppressive and hopeless; but at the same time it needed beauty, a beauty that the characters could see but could not appreciate. Those characteristics outlined every single being and object that exists within this world.

How do you avoid excessive world building and balance it with the act of writing the story?

I have to admit this is one thing that I am still working at. When you love the world you are creating, it is so easy to just spend paragraph after paragraph describing each wrinkle in the leaves of the impossible tree.

This happened to me quite often while writing The Catcher’s Trap. Many times I got so carried away that, before I noticed, I had three pages describing the path leading to the fields where the Elifts (a special flower described in the book) grow.

As I said before, I believe the world is a main character, and as such it has to move the story forward. I constantly have to remind myself that descriptions have to serve a purpose; they cannot exist just for the sake of painting a picture.

How has your world building process evolved over time?

As many novice authors at the beginning, I tended to overcrowd my worlds. I created so many races and so many creatures that it was impossible to keep track of all of them. Many of them were there just for decoration purposes and added nothing to the story.

I think this was a result of writing without a plan. I know that there are mixed feelings among authors regarding outlines; but for me having a clear map of where I am going with my story, helps me make wiser choices when building my world. When I know the next step my protagonist will take, I can ask myself: “how does this new monster I am introducing fit with the overall story?” and many times the answer is, “it doesn’t.” This helps building a more believable world.

I think that there are two cardinal rules to world building:

Most of The Catcher’s Trap takes place in a world dominated by pain, suffering and evil. So the settings where the characters interact are dark, cold and musty; there are a lot of stone rooms and corridors without any kind of natural light. As I described before this world is a metaphor for depression, so I wanted it to feel confining and uncomfortable.

I think that anybody who has felt sadness (not necessarily depression) will recognize the feelings that these settings generate.

An important piece of making this world realistic was introducing sprinkles of beauty in it. It was important to me to convey the idea that even in the most horrible situations, beauty exist; we may not be able to appreciate it, but it is there.

Be sure to check out Ricardo’s dark fantasy book, The Catcher’s Trap: 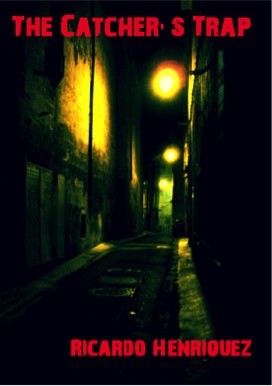 The Catcher’s Trap is the story of  a young man fighting for his life and his freedom in a world where demonic supernatural beings have enslaved humans. This is the origin story of a hero born out of the darkest struggle of the human soul.

Connect with Ricardo in the following places: