Posted on August 26, 2015 by johnrobinrt@gmail.com

Welcome to the third installment in my new World Builders series, where I explore the process of creating a believable and immersive imaginary world. Over the next several months, I will be connecting with fantasy authors and asking them to share about their world building process.

Starting today, I will begin a special segment of World Builders where, on Mondays and Fridays, I will feature on of the many talented fantasy and science fiction authors on Inkshares who I’ve met through the Nerdist Collection Contest. It’s been a pleasure connecting with them and receiving such generous support for Blood Dawn and I wanted to share their talent with you here.

Today, I welcome C. Brennecke, a fellow Inkshares fantasy author who was excited to share about her process.

C. Brennecke is a fantasy writer, artist, and lifelong daydreamer. She works as a publications editor and organizes chaos for fun. Her first taste of world-building came when she discovered tabletop roleplaying while studying art at Temple University, and she’s been creating worlds ever since. Her stories are frequently infused with aspects of Tarot and oftentimes fueled by loose-leaf tea. She spends many late nights on the computer in her suburban Philadelphia home, which she shares with her husband and a sheltie that thinks he’s a cat. Follow her on twitter: @bonebonetweets

I just loved her answers to some of my questions on her world building process. Be sure to also check out her Inkshares project, Seven Shards: The Colors of Wine, now funding on Inkshares.

#1: What is the appeal of world-building to you? How does it compare to the importance of character and plot?

As the owner of an overactive imagination, world-building is the earth from which the seeds of the story first sprout. It’s the spark that sets everything else into motion. The great thing about writing fantasy is that it gives you permission to break free from the doldrums of reality. You’re free to re-write history, to defy the laws of physics, or to invent the most wonderfully magical things simply by thinking them into existence. World-building is the fun part; the playground.

For me, character development and word-building are intrinsically intertwined. Usually ideas for one come along with ideas for the other. Of course, once the actual writing begins, characters are known to go off and do their own thing, evolving and surprising you as they venture through the plot. But some version of the characters is present from the start, prompting me to ask where they developed this skill or that belief, and how they obtained this item or that title. The exchange between the development of the world and the development of the characters is fluid and reciprocal.

#2: What aspects of the world do you have to figure out before you start a story? What do you allow to unfold as you write?

I start out with the broad strokes of what the world looks like and how its people behave. A loose map and a list of races or cultures come first. Then a few details emerge; some sketches, a few character concepts, the general landscape, historical highlights, and political structures. At that point decisions need to be made about levels of magic, and at which point the flora and fauna diverge from reality. Next I become obsessive about inventing and researching details such as clothing styles, what a typical breakfast consists of, noteworthy family trees, and what makes each area unique.
Once the world feels fully alive in my head I start writing. Then new questions emerge. The map becomes more detailed as roads are added and distances are determined. Suddenly I need to know how sparkling wine is made and what the crew of a ship would do at the onset of a storm. New questions continue to arise and some require revisiting. What naming conventions are used? Do they use money or a system of trade? What usually happens to orphans in this city? The world-building never really ends, it only becomes richer.

#3: Do you have a technique for keeping track of world-building as you go? How do you ensure your material is easily retrievable and easy to modify?

The bulk of my world-building notes are kept at the ready in Google Docs, spread across a whole mess of files and folders. Every so often I try to organize and condense it all, but the files tend to grow faster than I keep up with them. I also have a notebook with sketches and more secret Pinterest boards than I care to admit.

#10: How do you balance realism with magic or other world-building elements that allow for departure from the ordinary?

First, I must confess that I prefer to err on the side of realism simply because it’s my preference as a reader. But it also works to my advantage when it comes to grounding the fantastical elements in a story with a sense of logic. At whichever level of magic you choose, there should be some consideration given to its source or guiding principle. At the same time, it’s often best not to become too technical or belabored with its explanation. Ultimately, you are creating something that’s not real, so there is little point in trying to prove its plausibility using laws of physics from the real world. Like many things in life, it’s the middle path that serves you best.

Another tip I find useful is to make sure your inventions are evenly dispersed throughout all the elements of the world, both large and small. If your world has skyscraper-sized man-eating worm monsters, then surely it might also have its own unique types of food, weaponry, bugs, and weather. Fantasy is like glitter; it’s supposed to be sprinkled everywhere. Whether you just want a subtle shimmer, or are going for a full disco ball effect, make sure the application is even.

Thanks, C. Brennecke, for sharing your insights on world building! 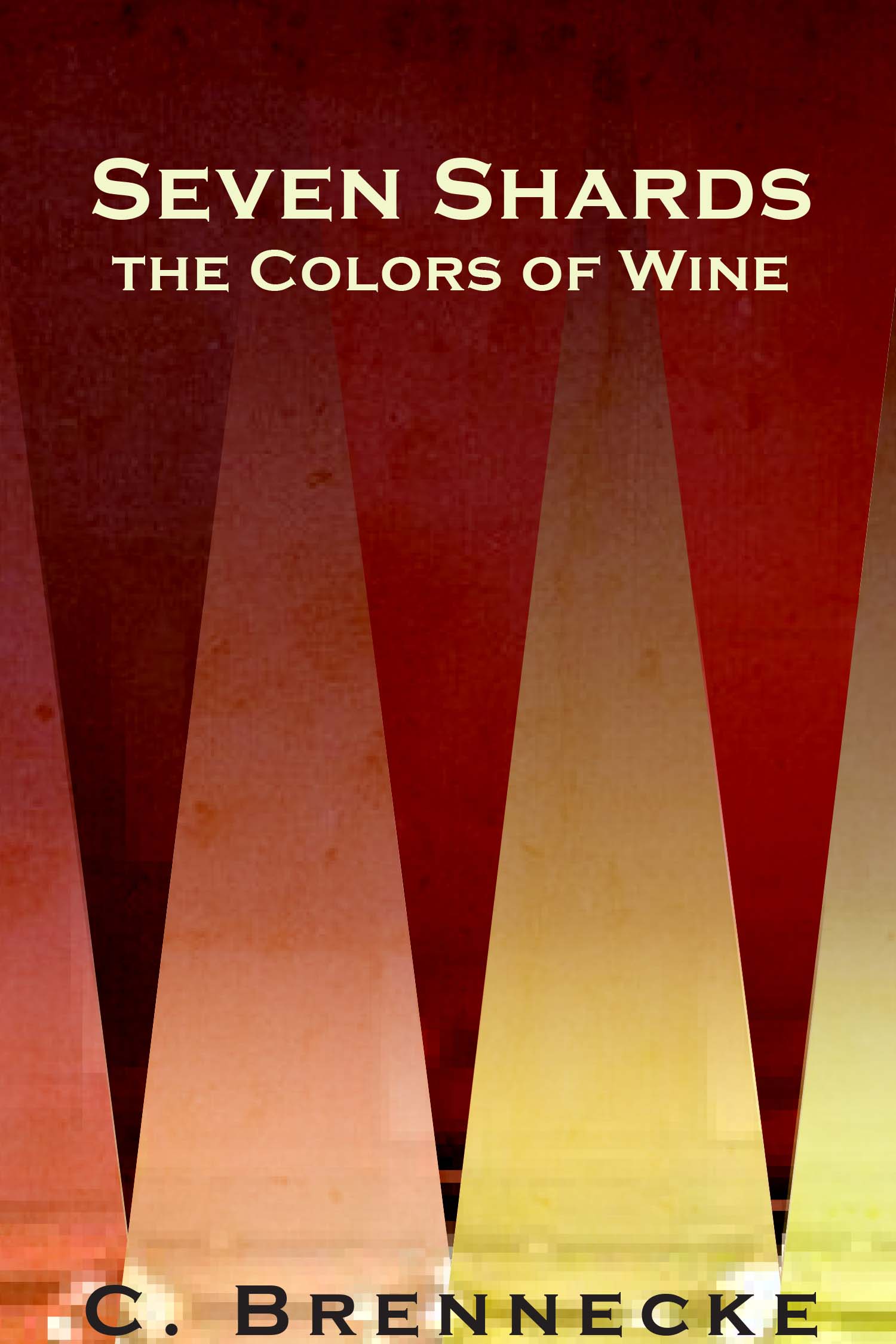 With a large cast of vivid characters, Seven Shards: The Colors of Wine tells the tale of seven clashing counties manipulated by one woman.

Seven Shards: The Colors of Wine is currently being crowdfunded on inkshares.com and is an entrant in the Nerdist Collection contest. Find out more about it here.

Here is a short excerpt:

The tall man set a brisk pace, effortlessly hacking away evergreen bows as they ventured deeper through the camphorous woods. The trees grew denser and the shadows darker, until at long last the tall man paused to light a torch. For a moment the light blinded the Vaeli visitors. As their eyes adjusted, it appeared that the forest was spiraling around them, stirred by the cool wind as it played an eerie symphony through the bows of the trees. Ever forward they continued. Soon the air grew stale and the sounds of birds and crickets were heard no more. As they pressed on, the trees of the forest changed; the looming evergreens became neighbored by stately oaks, and were soon replaced by the dense, moss-covered trunks of vine maples. Up ahead Lord Tiernan and Lady Morganna could make out the swaying arms of a blooming fountain willow. A white owl flew past the sight and let out what sounded like a warning. They were getting close.

As they arrived, a small opening in the treetops allowed a single beam of moonlight to pour through, illuminating the still pond that lay before them. The water glistened as if it were dancing to the sounds of the cricket song. The tall man turned towards the visitors and raised one finger to his lips, commanding their silence. As they came to a stop the white owl flew overhead and vanished into the crest of the waterfall.

If you enjoyed what you read here and would like to help bring this book to life, please go over to Inkshares cast your vote by pre-ordering a copy.

You can also connected with C. Brennecke in the following places: