Posted on October 28, 2015 by johnrobinrt@gmail.com

My guest today is Samantha JK, author of The Onyx Lord, currently funding on Inkshares. 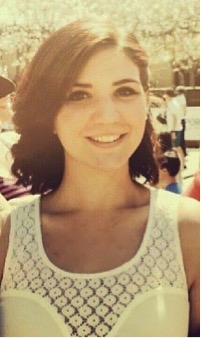 Samantha JK is an author who currently resides in San Francisco, California, which was a breath of fresh air compared to her upbringing in the weirdest-news-providing state of Florida. The benefit of growing up in Florida, was that she often spent days in her room, out of the heat and sun, slaving away over different writing projects. Lucky for her lack of attention, her writing skill has always been a save all in her education and she now attends the University of San Francisco as a literature major with plans to pursue a JD afterward. Often she can be found sleeping, or lying somewhere spaced out. This tendency to space out has caused quite a few accidents in her life-time and has given her the label of “clumsy” though, some claim it merely showcases her strange ability to dodge incidents resulting in death or maiming. She likes to pass that ability on to some of her characters. Some.

World building has always been a way for me to empty my head. I’m admittedly a space case, I can see or hear one small thing and start making a story out of it. If I didn’t have the means to expel those little incidents I would probably go crazy. In stories, I feel like world building plays the largest role in getting the reader immersed. I know when I read I want it to play like a movie in my head, I want to know every little thing that the characters are seeing and experiencing, and what is expected from them in their own worlds. It’s the foundation of the characters and the plots, and it’s always what I start with.

Do you have a technique for keeping track of world building as you go? How do you ensure your material is easily retrievable and easy to modify?

I have huge binders and notebooks filled to the letter with minute details about the world, almost like the Guides you get for RPG games. I organize the characters into their own little towns and have everything from architecture to dress under the different areas. When I need to change something it’s rather easy because all of the information is broken down and readily available, so I can attack the inconsistency at it’s source. That being said, I’m an old school pen and paper type girl so first I have to write things down. The ability to physically flip through pages or trace lines with my fingers makes a gigantic difference in the way my brain processes the information.

How do you avoid excessive world building and balance it with the act of writing the story?

Oh man, I didn’t know there was such a thing as excessive world building. You get to a point in creating a world where there is no other option than to begin the story. If someone is swept up in their world building, and feels it’s hindering them, I would argue that it isn’t built enough. You look at people like Tolkien, he wrote a language before even starting his novels! I can’t imagine that anything pushes the borders of excessive when there are masterpieces with details as careful as that.

It’s essentially a sane way to be a God, dictating your universe precisely. I get to choose destinies and fates, spin new myths and environments. The readers are the free-will, I can show them the world but I can’t tell them how to interpret it. That makes it so much more interesting and worth it.

Have you learned tips on world building from other authors in your genre? If so, what are they?

JK Rowling and Harry Potter were my largest literary influences growing up, while I read a lot of genres and different titles, The Harry Potter series is what really grew my imagination and allowed me to think of things out of the ordinary. I love that JK wasn’t afraid to create a new world to encompass her entire adventure, the detail she put into the build was incredible! I mean, she made up her own candies, foods, treats, spells, traditions and morals. That’s amazing to me! She is the one who showed me that it’s possible and okay to be different, on paper or off. AND since I mentioned this, I will say that while the Samantha JK may seem to be a nod to her, My last name is literally a J-K, and I thought it sounded cooler.

How do you balance realism with magic or other world building elements that allow for departure from the ordinary?

I am careful about not allowing the magic of the world to explain away things that are just completely insane paramounts to logic. I like to take the powers or happenings that are represented and give them a logical and magical application, they may have an ability, for example, but that ability doesn’t quite ignore science!

I think that’s the goal of characterization, by allowing the readers to see your characters grow and to see what shapes them, they become more personally involved in their fates.

Be sure to check out Samantha’s fantasy novel, The Onyx Lord: 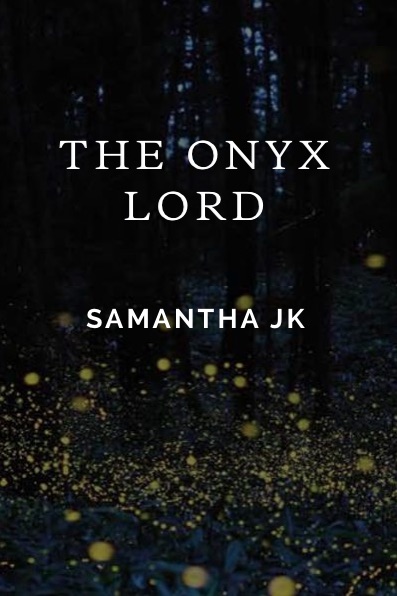 Aion is a kingdom where citizens are born with Keys, genetic powers passed down family lines, a gift of their gods. However, there is one particularly powerful citizen who is unsatisfied with what they were given; instead striving to obtain the immortality that the Gods possess as well.

This leads to experiments, several deaths and a very intense adventure.

Connect with Samantha in the following places: