Today, I’d like to explore the two most common types of dragon seen in fantasy fiction, and take a look at the benefits, or problems, they can cause in a story. In all of fantasy, whether it be High, Low or Epic, there is no other mystical creature more widely recognized or feared than the mighty dragon. Within our stories, no beast is more powerful, dangerous or respected than the dragon.. With flame and fang, they hunt with deadly efficiency, fight with cunning ferocity, and few would ever defy them.

The majority of dragons in fantasy are portrayed as reptilian giants, typically having wings and the ability to breathe fire. Often, they are beasts of mighty magic and terrible power.

The first common type of dragon is the animal-like dragon. These creatures are highly intelligent, powerful and fierce hunters, but lack the sapience that defines humans or other higher beings. In short, these dragons are little more than beasts, and do not interfere with mortals unless driven by their own instincts. Examples of these types of dragons appear in the Harry Potter and How to Train Your Dragon series.

Animal-dragons are perfect for causing havoc to a story’s protagonists. Whether the hero stumbles upon a dragon’s hoard, disturbs a rookery, or just plain trips over a dragon’s tail, there is no more epic battle than between that of a hero and a dragon.

Secondly, we have the dragons that have a comprehension equal to, or far out-stripping, that of a mortal man. These dragons are methodical thinkers and extremely intelligent. Typically, they are ancient beings and powerful sorcerers with a vast knowledge of the world and how it works. Dragons like these can be mighty heroes, the protectors of mortals, or puppet-masters that use mankind as pieces in their intricate games. Examples of these dragons can be found in the Warcraft series and the Wingfeather Saga.

These dragons are often the dispensers of sage wisdom or the rulers of kingdoms and empires. Whether or not they rule with benevolence or tyranny, or if they rule at all, can make for many different, fascinating stories. These dragons hold the key to magic long-forgotten, or perhaps the knowledge of ancient days. I personally tend to use these dragons more than others, as I enjoy the catalyst for adventure that they can provide.

On that note, I’ll speak a moment on the dangerous plot holes the intelligent dragons can create. Unfortunately, it is fairly easy to write yourself into a corner if you rely too heavily on the knowledge of dragons. If their magic is insurmountable, and they know the answers to all things, then why couldn’t they take care of the world’s problems themselves? An author should be careful to ensure that dragons stay well behind the line that separates power from omnipotence.

Furthermore, the bodies of dragons are often used as cure-apps or the reagents for powerful spells. This often applies to both beast-dragons and mage-dragons, where spell casters harvest their tears, hearts, gizzards or other sections. Again, be careful to avoid deus-ex-machina situations in your writing.

In conclusion, the dragon is perhaps the mightiest of mythical beasts existing in fantasy today. As such, they command a healthy dose of respect from your readers and carry with them a reputation that extends beyond any single novel. It is important to always evaluate and research topics like dragons before including them into your own work. 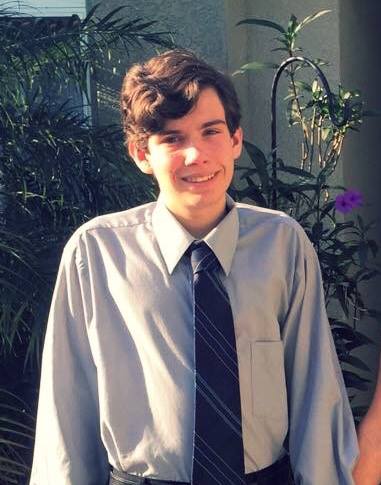 Andrew Wood is an 18 year old recent high school graduate with a love of writing and a dream of becoming a published author. He first began writing during elementary school, with short stories. He wrote three novels during high school, one of which was for National Novel Writing Month. Now, with his fourth novel complete, he is ready to publish. You can find out more about this novel at http://www.inkshares.com/projects/storm-of-fury

This entry was posted in Andrew Wood post, Uncategorized and tagged Dragons, Epic Fantasy Writer blog, how to world build. Bookmark the permalink.

2 Responses to Dragon Pros Vs. Cons, by Andrew Wood