Byron Gillan — A Bottomless Well: Magic and the Environment

Since the dawn of the genre, fantasy has been intrinsically tied to the concept of “magic”. Magic is arguably its defining feature, and yet across the great breadth of books and authors who have incorporated it into their works, I feel it is too often employed as a lazy means of hand waving away problems within the story, or else being there simply for the sake of being “cool”. Magic is displayed far too often – succinctly put by the late Terry Pratchett above – as something unknowable, profoundly removed from the rest of the world. That is simply a mistake, and beyond that, a dangerous way of portraying something so powerful, and important to the world. 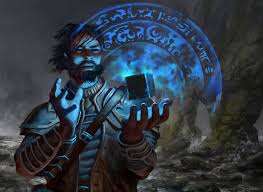 In the age we now inhabit, environmental unrest is an increasingly dangerous threat to mankind’s existence. Global Warming has taught us that there is a cost to human progress. The Earth is not an infinite well from which we can draw forever; it will inevitably run out of resources if we push it too far. The Fantasy (and Sci-Fi) genres in particular, have always been at the forefront of exploring social issues through the lenses of fantastic or “otherworldly” places. When I was very young, and just starting to delve into the world of literature, I picked up a copy of Frank Herbert’s Dune, a novel that has stayed with me to this day nearly fifteen years later. I was absolutely floored by the themes of the book, and its universal message of environmental awareness and the effects man could have on his world. I needed more. 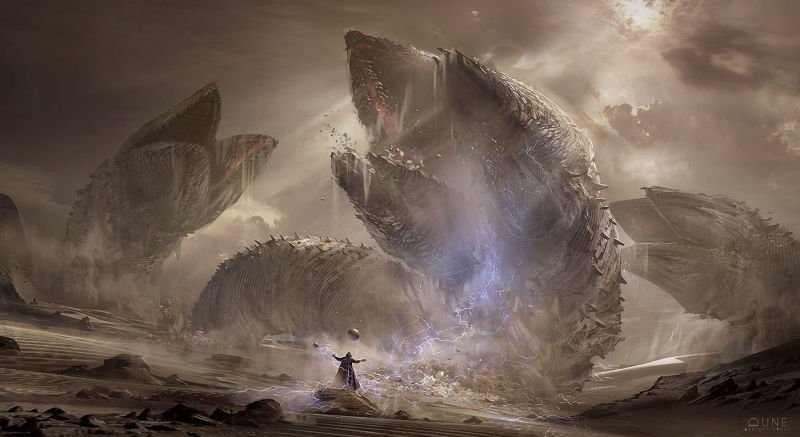 The mighty sandworms of Arrakis are bent to the will of men, Dune.

It wasn’t long before I was on my way to the closest bookstore to pick up anything I could find that even remotely resembled Herbert’s Dune. I found plenty of Sci-Fi novels, including J. G. Ballard’s The Drowned World (which is fantastic, and something everyone should read) but I wasn’t in the mood for more Science Fiction. I’d spent the last two years devouring classic stories from the genre, and I had burned myself out. Not long before reading Dune, I’d become aquatinted with a little video game series called Warcraft – and I had become hopelessly obsessed with all-things-Fantasy. I wanted my fix, but I also wanted something evocative of Dune; a book willing to explore the ecological cost of man’s progress. But there was…nothing.

Tolkien’s The Lord of the Rings possesses light echoes of environmentalism, specifically in regards to the Ents and their conflict with the wizard Saruman, but this of course isn’t the focus of the book. It’s merely a small arc amidst a far bigger story, that doesn’t have the time to dwell on the Ent’s misfortunes or the cost of Saruman’s treachery. My search then took me to Richard Adam’s Watership Down, a harrowing tale of animals (rabbits) attempting to survive in a world destroyed by man. While a wonderful book, and technically light fantasy, given its underpinnings of mysticism, Watership Down was not what I was searching for. I yearned for true Fantasy; for a story filled with great empires clashing, and mighty heroes going on grand adventures – all in the name of protecting their way of life in the face of environmental ruin. 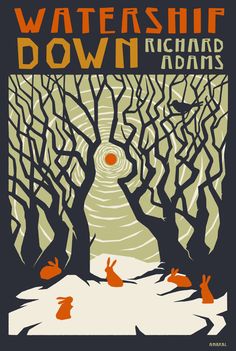 A classic in every sense…but not quite “Epic Fantasy”.

The question then was simple. Where were all the stories about our environment? Where were the Fantasy books dealing with deforestation or water/food scarcity? Why was this something only Science Fiction seemed interested in exploring? You could argue that Sci-Fi is a more “scientific” genre, and thus more interested in addressing issues such as ecological unrest, but I don’t think that holds up. Fantasy has proven that it’s more than capable of exploring complex themes beyond the simplest concepts of Orcs, Elves, and magical swords and peasant-heroes. As I pondered this dilemma, a kernel of an idea began to take root in my brain. Something that would stay with me for years afterward – The Children of the Forest was born. 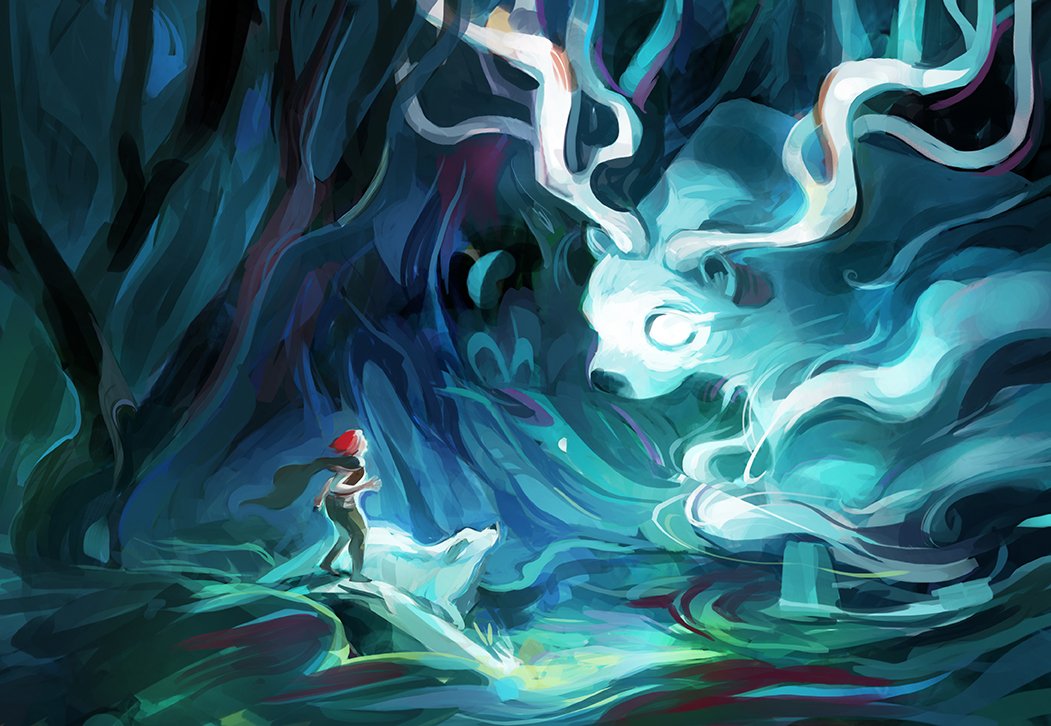 Fionna and Rew meet a spirit of the forest, from The Children of the Forest.

The Children of the Forest (currently available for pre-order through Inkshares) was born from my growing obsession with ecological unrest. It was my chance to tell a story where the focus could remain entirely on the terrible cost of man’s ambition – both on himself, and on his surrounding world. To do this, I had to reinvent how I approached the concept of magic. In The Children of the Forest – magic is directly tied to the health and sustenance of the land. By pulling it from the Earth, the land withers, fades, and eventually dies. In this way, magic, or manna as I refer to it in my story, is something finite. Like oil or water or food it can run out and be depleted. Worse still, it can kill the very land from which it is taken, creating quite the conundrum for the inhabitants of Derrehain. In The Children of the Forest, manna is power, but that power comes at an almost unimaginable cost.

It is my hope that the conflict of my story feels all the more important because of its origins in the real world. There is no dark lord in my novel, nor is there an evil force that will ultimately unite our disparate heroes of black and white and grey together in common cause. There are only people, and those people are driven by their individual needs to either exploit – or protect – the use of magic. In this way, magic has been transformed from an abstract concept, only available when needed, into something directly linked to the world and its environment, and in turn, to the direct stakes of the novel’s story. It is an integral part of the universe, and an understandable one; something grounded by the reality of limitation.

Are there other Fantasy novels that you think properly dealt with magic and its relationship to the environment that I forget to mention? Do you think my view is completely off?  Sound off in the comments below and let me know – and thanks for checking out my article. Hopefully you’ve all enjoyed reading it as much as I enjoyed writing it!

Byron Gillan is an avid reader, recent college graduate, and freelance writer, with multiple publications in various newspapers, magazines, and online websites. A self-described “animal-enthusiast” and environmentalist, along with a hopeless addict of Blizzard’s Hearthstone. Byron writes in primarily the Fantasy, Science-Fiction, and Horror genres. His first novel, “The Children of the Forest” was recently selected for publication through Inkshare’s “Quill” imprint and is now available for pre-order. 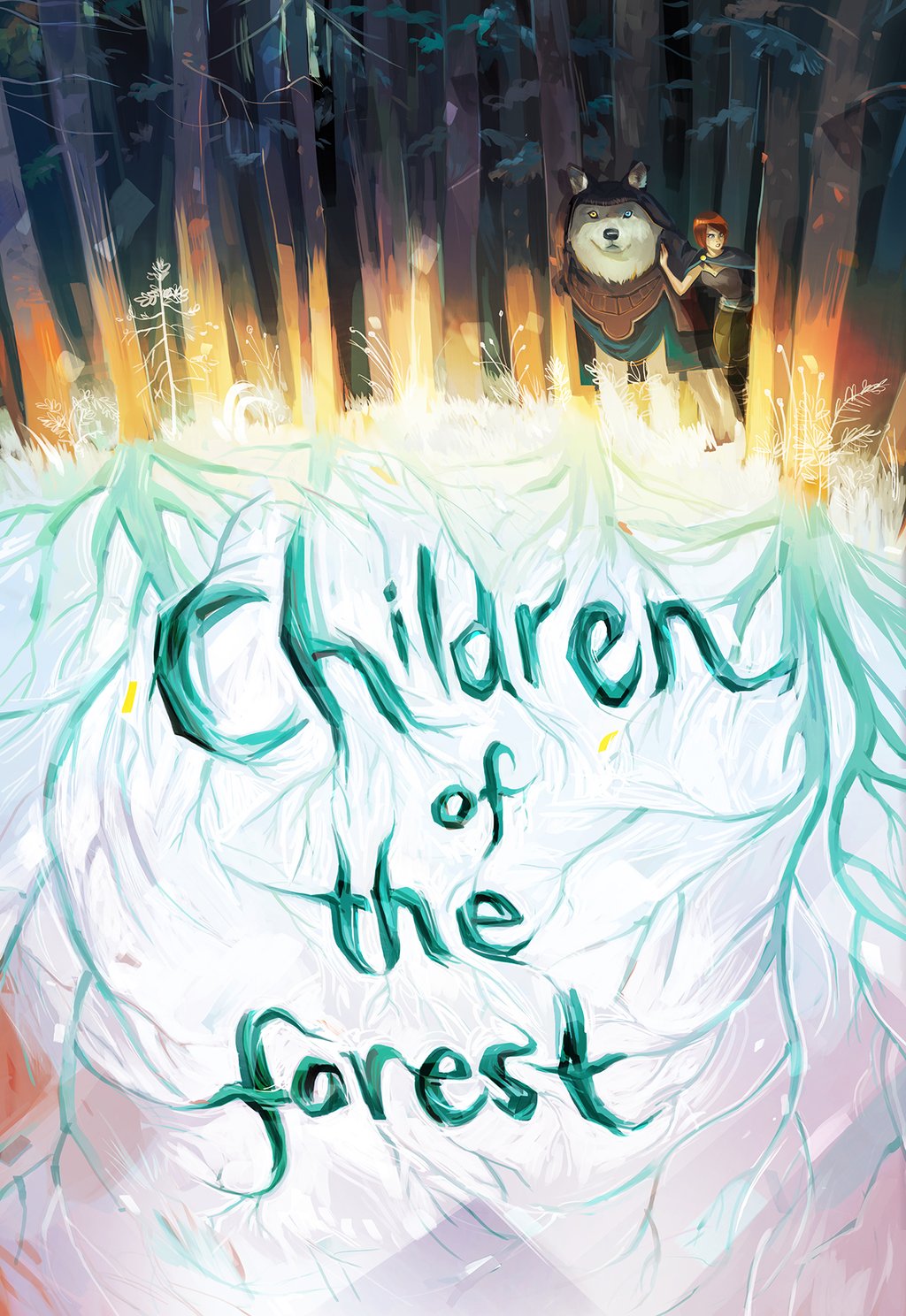 One Response to Byron Gillan — A Bottomless Well: Magic and the Environment